visual help : see report Introduction V for the other depictions

main theme :
interpretation :
their ‘island of the horizon’ is installed , supporting their dimensional gate ;
they do have ‘speech’ but now need “the eden-word” to can create with eden-aspects  –
so they ‘reap the coverings of the eden-tree’ , the tree of life ,
which represents ‘dew’ as well as ‘gold’ as well as ‘light’ and ‘words’ ;
and bring that via the Nile to their gate , in order to create “the matrix day” ;

how to read below translation :

interpretation :
Râ is to sit in their dimensional centre
which is sustained by a construct called “the island of the horizon” (in prophets : Khittim) ,
as a place of the two stones (see CT 1030) — as ‘Damascus’ and (?) ;
the NUH’ has as root “the opened (eden) word” so that can represent the Nile
flowing to that centre ;
they ‘rejoice’ about that as glyph HENI “matrix existence by the fallen-down eden-house-H” ;
while glyph H’Â is both “joy” and “physical flesh” – compare the ‘family’ ;

interpretation :
the theme was still “the house of the horizon” , existing out of 2 stolen stones ,
it may read “for thou revolving solarplane” , glyph T’EBEN –
the matrix typically ‘revolves’, as serpentcoil , confusing eden’s stable realm ;
… the “existence to make” is “to create by speech” (but create a mixture ofcourse) ;
2) the “reaping the coverings of the eden tree” is a common expression ,
where “the dew the tree of life emits” is reaped , see report-introduction V ;
ÁTHEN literally as “the light of (eden) existence to go connect to for (matrix) hail” ;
in CT written as ‘city’ or ‘tree’ with or without light-glyph ;
in Rg-Veda this light is the deity SavitR ;
3) the TUT glyph (as in the name TUT-ânkh-ÁMEN is very tricky , but the result must be
that this ‘double place-T’ is now “the island of the horizon” ;

interpretation :
now it gets difficult for it is unclear what goes or comes to what  —
because the problem is that this place “double-T” have both a different nature .
2) NEMNEM relates to the root ‘to slaughter, slaughterhouse’ etc ; of those 2 places-T ?

interpretation :
the “double boat” may still be the same two stones ,
and the cord like an anchor making contact with mt. Tsiun  —
the glyph is NÂ+cord , the first glyph (Â) after the denominative one (cord) is ‘of eden’ ;
2) the ‘day’ is HRU ,
“the light of the eden-word as matrix-speech for (in) the fallen eden-house”,
where the ‘eden-word’ is always related to “can breath” ,
eventhough that eden-word has been corrupted ;
the “fallen eden-house” is the one who defected to the matrix (Jer.2 and others) ;
3) the ‘essence for the solarplane’ is BESH+spittle ,
“the spittle of the SH-pool for the solarplane , and linked to the poisonous ‘light’
as their type “day” ; therefore this pool may be Rezin (see Isaiah chapter) ,
aka “wormwood” , which’ light will come to éarth ;

interpretation :
the “northwind” must be the same which destroyed eden (see report introduction V) ,
here devouring “the eden vector” per previous line ?
so that the solarplane (B) can swallow the words (=light) up (NSB) , and see line a) ,
as the same theme “close you the gate” in Mal. 1) ? ;

interpretation :
it’s not clear if “the support itself” revolves , but the “copied eden-word” indeed does ;
the watercourse is the Nile which the dragon made (Ezekiel). ;
2) so their house of the horizon could exist out of “an eastern and western stone” ,
representing both AKER-lands below :
though indeed Jeremiah buried the two gemstones at the gate of Pharaoh’s house
(read: they are now in the north) , and though we know that the one stone is Damascus
as “the tried cornerstone” , prophets seem silent about the sécond stone ;
making it difficult (for us) to draw 100% sound conclusions ;

official English translation (by Faulkner) :
(but having read hieroglyphs in the wrong direction !)

“Trembling falls on the eastern horizon of the sky at the voice of Nut, and she clears the
paths for Rê, before the Great one when he comes around. Raise yourself, Rê, raise yourself,
you who are in your shrine; and kiss Maat; may the Suite go about, may your bark travel to Nut,
may the great ones quake at your voice, may you count your bones and gather your members
together; may you turn your face to the beautiful West and return anew every day, because you
are indeed that fair image of gold under the branches of the ithenus-tree; sky and earth fall to you,
being possessed by trembling at your travelling around anew each day. The horizon is joyful and
acclamation is at your tow-rope.
SPELL FOR NAVIGATING IN THE GREAT BARK OF RÊ. 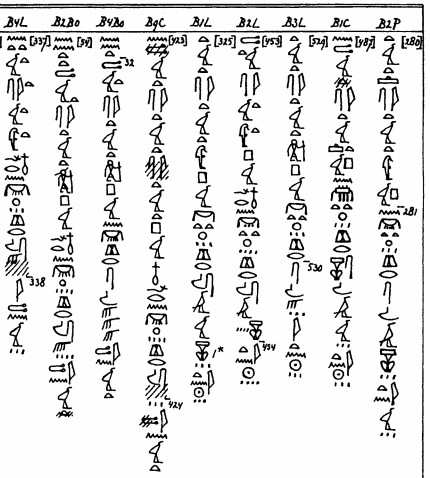 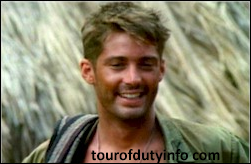 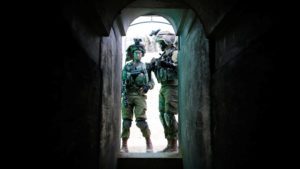 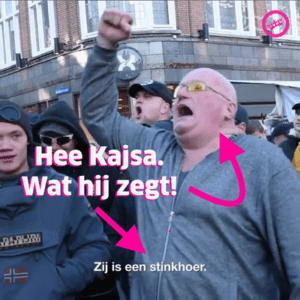 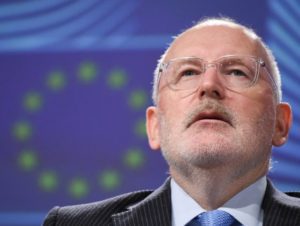 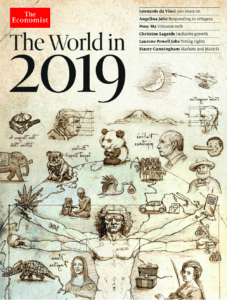 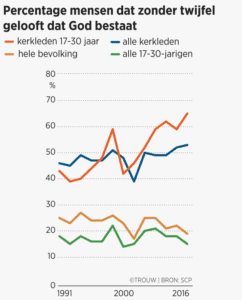 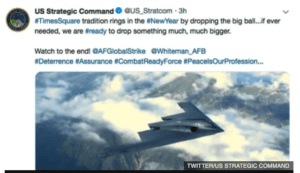 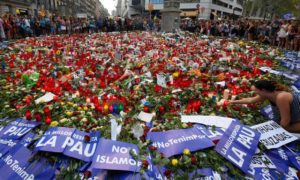 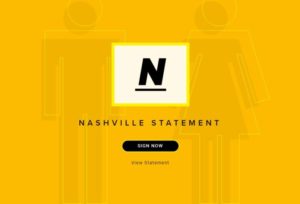 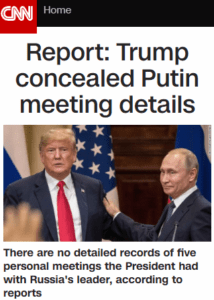 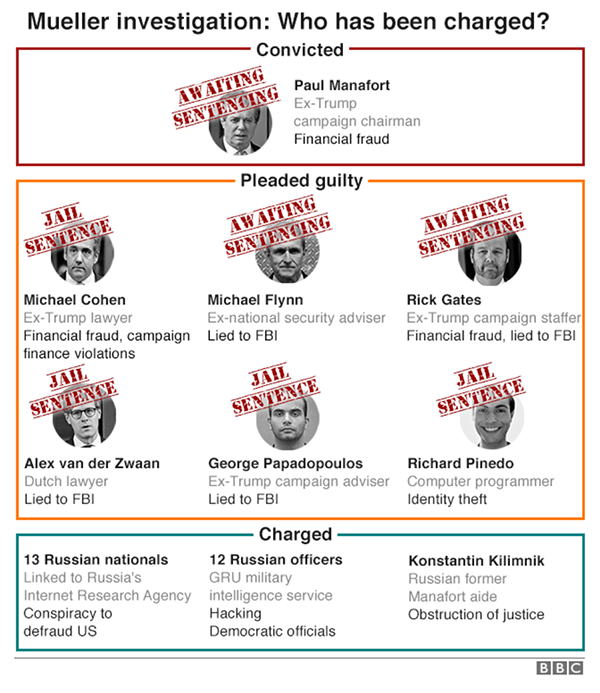 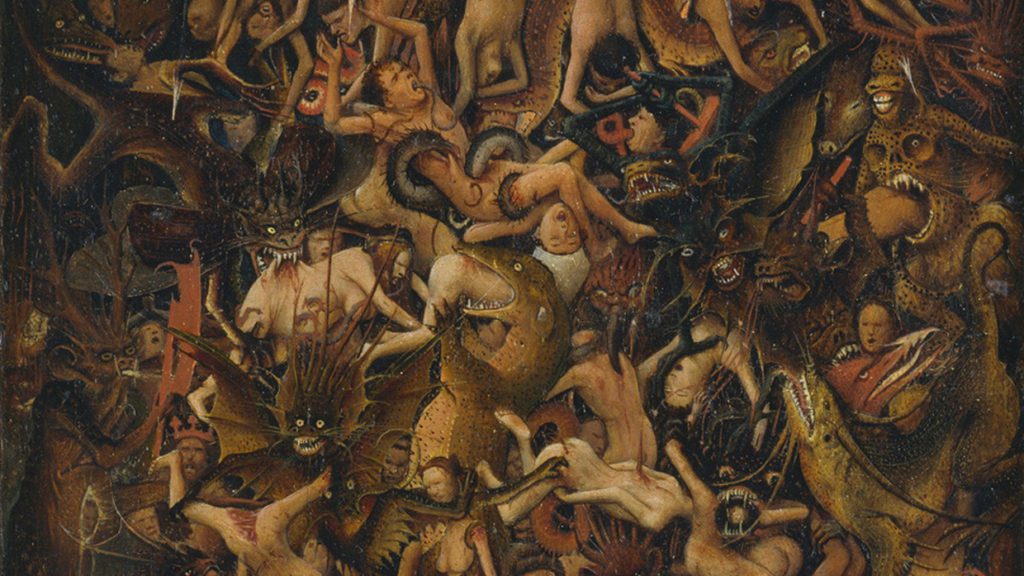 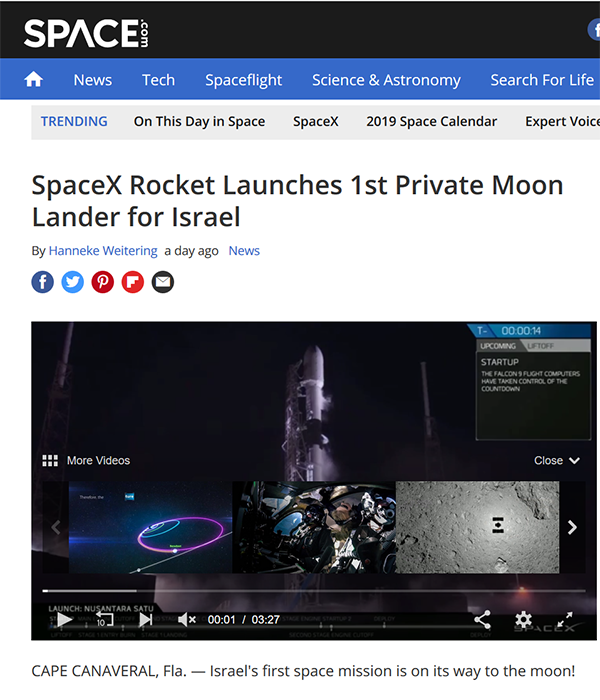 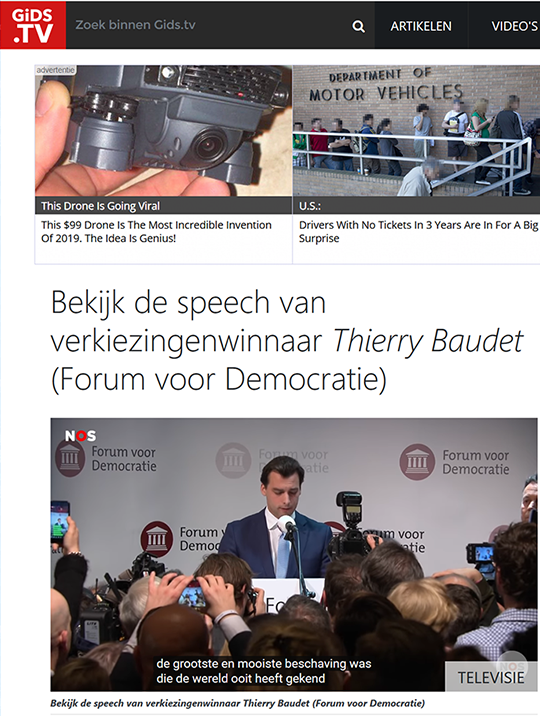 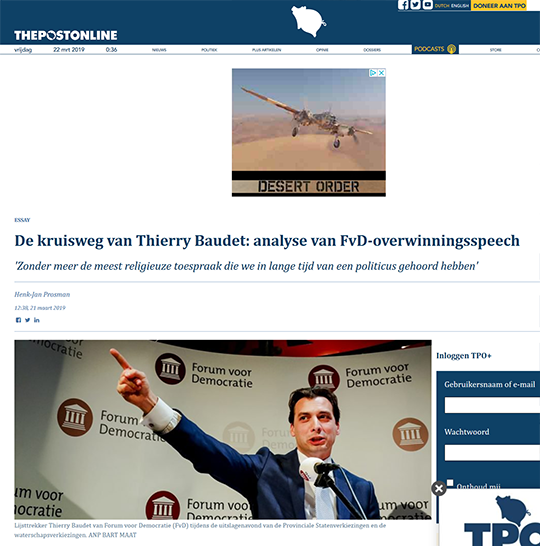 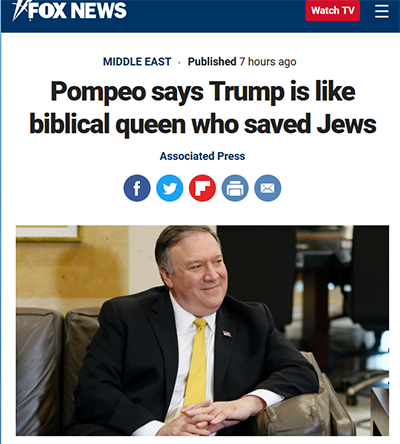 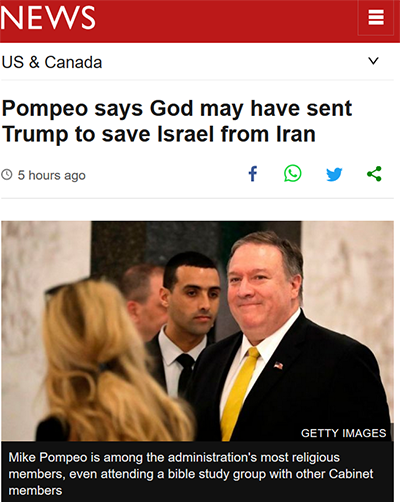 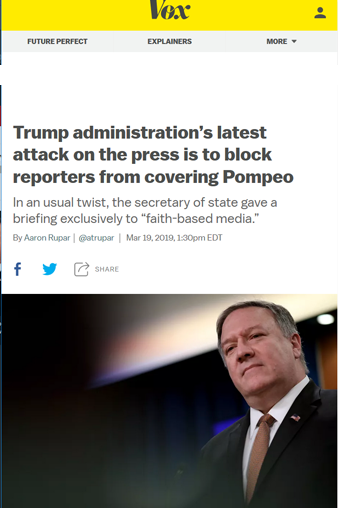 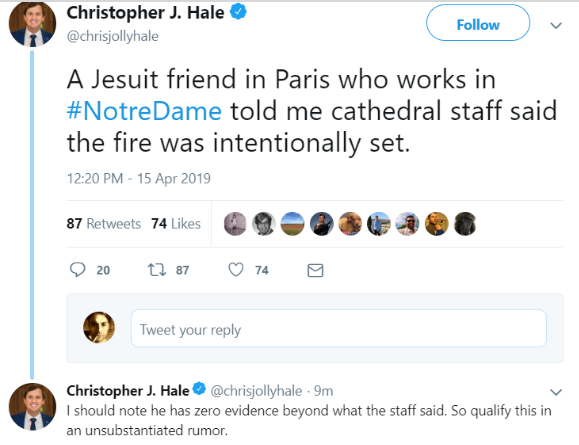 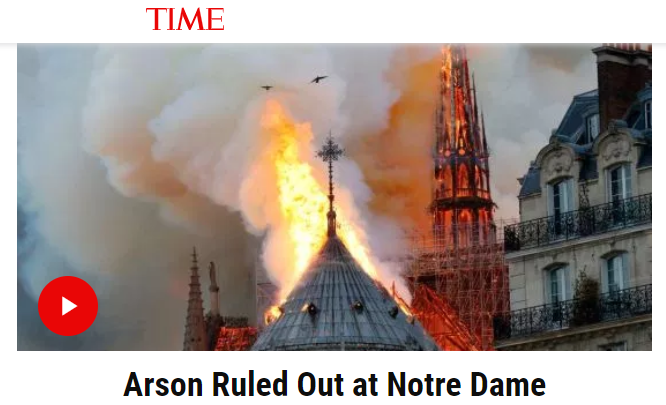 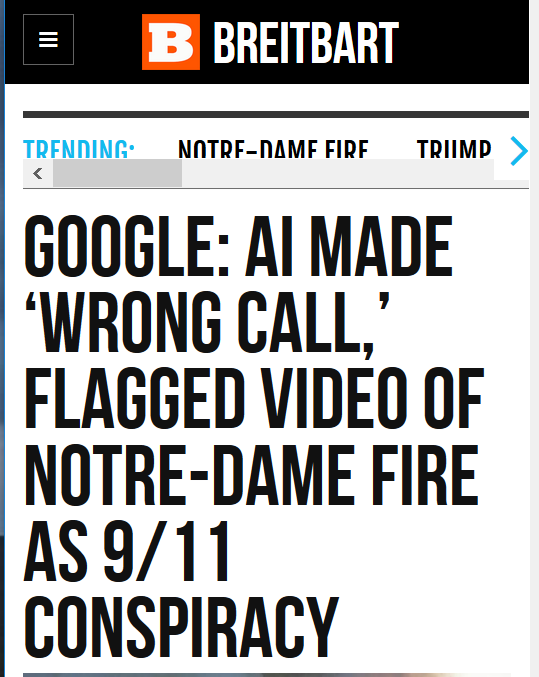 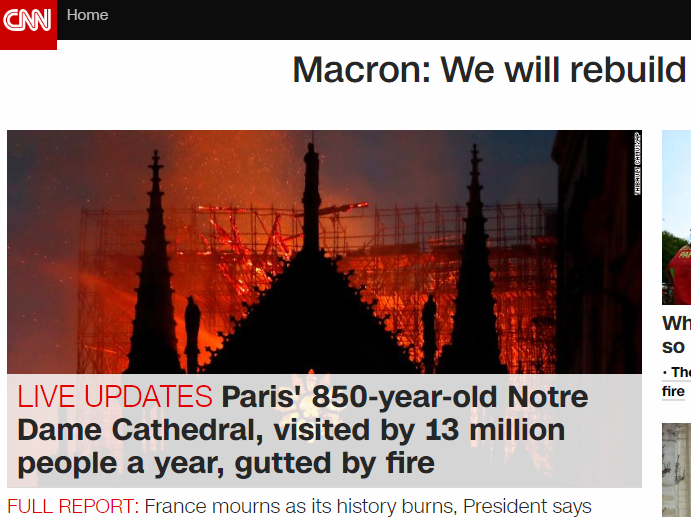 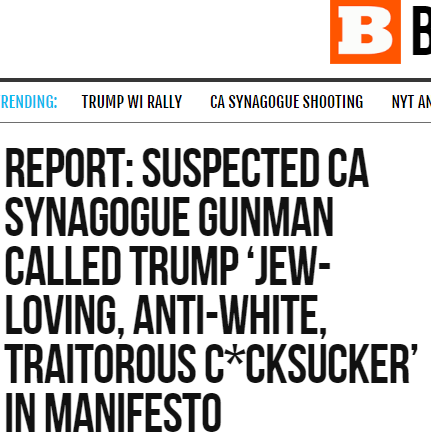 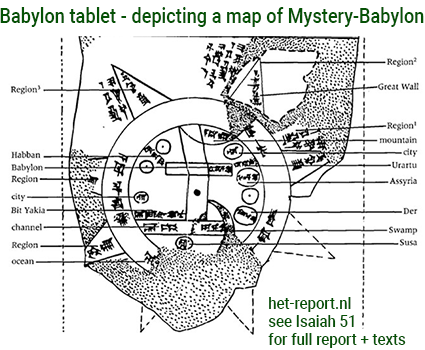 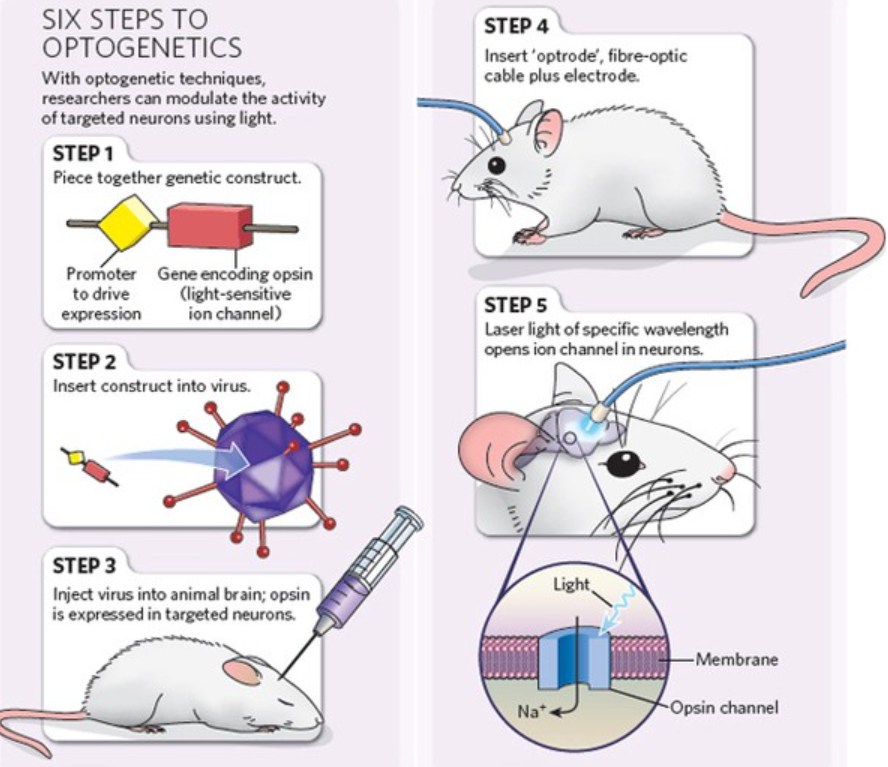 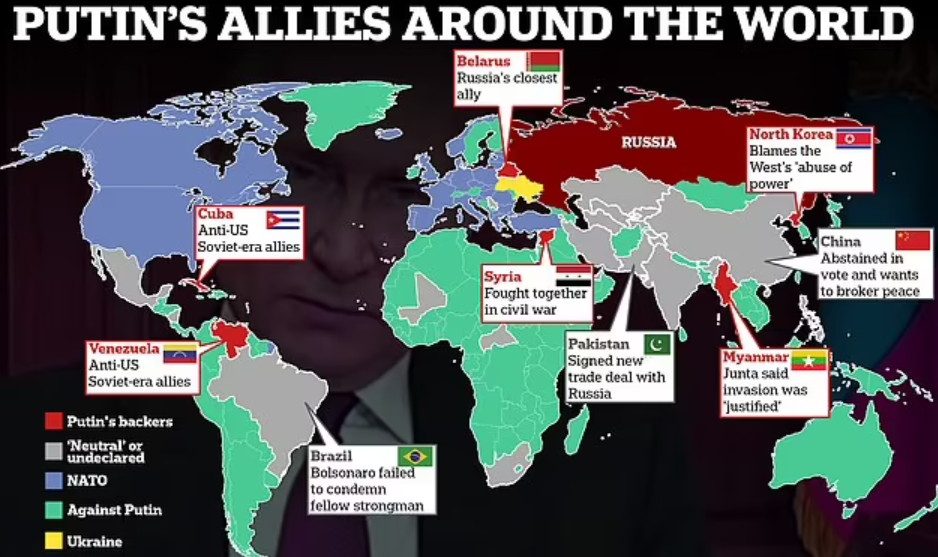 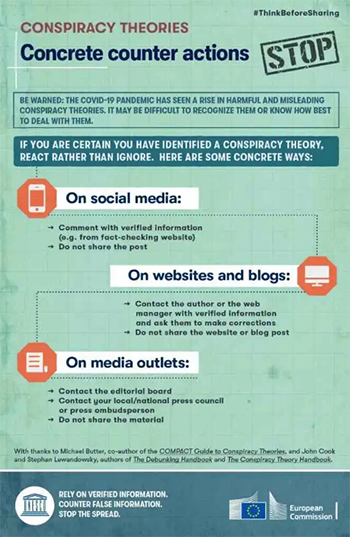 please - and also see the logs from about a week or so ago -
we really have no need for to go rebuttal around : but this one felt personal
if not dangerous : because of the theme and the thousands agreeing with it

ofcourse we don't ask you to watch a 1+ hour long vid -- but only if you want ;
we did and it is outright creepy : the themes , the laughing and the deludedness
are one large honeytrap but as a mask of malevolent Insanity ;
suffice to say that ofcourse you and we anulled this attack as well

to case :
the important 'emblem' showing the main theme is "the eclipse"
which however is nothing else as the hindu Bindu-chakra - and in the depiction
in log even shows 'the butterfly' which is very important in these video's ;
below the link is the posted (initial-) response ,

https://www.youtube.com/watch?v=JL2YESh7heQ 'dreams and visions of Jesus'

incredible .. do none of you see it and are all under the Spell ?
dont you see it is all about 'the root' ? how the consistent 'crescent
below moon' is nothing else but the Bindu-chakra ? look up the pic !
Satan holds us imprisoned here through this 'root' theme : same as the *red* light
and the witch and the pig . you didnt think
that "the cutting crew" is 'the demon army' coming down 'making you die
in their arms' shown as "a sword disguised [!]
as cross having ancient script [=no hebrew !]" ?
you cannot know that her "mountain of sand" is in the egyptian spells amduat hour 5
did you - there's the '5' , that "the people in white holding palms" [also described
in Revelation] are our Original bodies tortured and now imprisoned bý Mystery-Babylon
the evil region east of this earth [also called 'the Beast'] - and where that sand mount is ,
but I do : she works for that Entity , 'planting seeds' to BLOCK your rapture.
You are said 'to take this to God' but its clear that all the sorcery in the vid is anyway
incomprehensible for most of you and she [=the entity] counts on that.
You really thought that your God would tell you *anything* looneish like this ??

.. ofcourse themes should be specified ('the sand mountain' is "the pyramid" in PT
and "you destroying mountain" in prophets , while other aspects in the vid are left out ;
but again , only 'the undoing' is what mattered here .